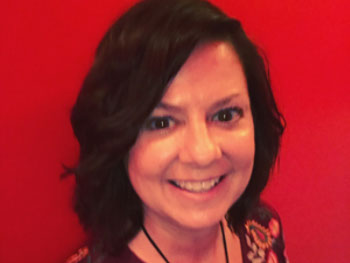 When I was 36 years old, my sister who is 10 years older than I am, was diagnosed with breast cancer. Before hearing that news, we were not aware of any family history of breast cancer. Since I was at an age where some doctors like to have a baseline mammogram, I wanted one. It was 2002.

In the Fall of 2004 I complained to my family doctor that I had an achy spot at the top of my left breast. It didn't feel right. I could only describe it like a nagging toothache but on my upper left breast. There was no feeling of a lump, so it was determined that I was OK and nothing showed up on my fairly recent mammogram anyway. A few months passed when I realized I was still occasionally feeling this weird sensation. I went back to my doctor. He did an exam and thought there might be a cyst and attempted to aspirate it. It didn't work because there was no cyst. I told him that I didn't have a good feeling about it, and he needed to make me feel better. I wanted another mammogram because that's the only testing I knew about and the only testing that was offered. He said I could have another and if it didn't show anything we could follow up with an ultrasound. I was happy to know there was another step of testing that could be given should I need it.

The mammogram once again showed nothing. The ultrasound did. On April 4, 2005 I was diagnosed with breast cancer at the age of 38. They also took a look at my right breast through MRI and ultrasound. Although there was an area they wanted to investigate further, it turned out to be OK. My surgeon was confident that she could do a lumpectomy on the left side, sparing my breasts. Diagnosis was triple negative breast cancer.

I had a second surgery to get cleaner margins around the tumor which was bigger than originally suspected. At the same time a port was placed into my chest to receive chemotherapy. My sister had estrogen receptive breast cancer so her journey and mine were completely different. My therapy protocol was 8 rounds of chemotherapy – Adriamycin, Cytoxin and Taxol. I dealt with a lot of the side effects related to these drugs such as neuropathy in my hands and feet, hair loss, loss of taste and fatigue. I did pretty well with nausea which was something I was worried about.

My chemotherapy went on all through the summer of 2005. During that time I buried my father. The summer of 2005 sucked and that's all there is to it. If you ask most people I seemed to take my chemotherapy in stride. I dealt with the way I felt and my changing looks with a positive outlook and humor. I kept teaching yoga through it all and lived as normal as I possibly could with the love and support of a wonderful husband, loving family and wonderful friends and students. It was the loss of my Dad that broke me down.

After finishing chemotherapy in September, I had a few weeks break before radiation began in October. After 33 days of radiation therapy, I finished on the Monday before Thanksgiving and was I ever thankful! After all of that was over it was only the side effects that needed to be endured. As my hair was starting to come back I was now dealing with achy bones and continued fatigue. Each year I looked at the experience in my rear view mirror, the better I began to feel. It still felt like a long time until I felt good. It started in 2005. In 2009 I finally started feeling like myself. 2010 I began to feel strong. That is the magical "5 years out" status where all survivors hope to be and then of course go far beyond it.

I'd like to end here but this story goes on.

We moved out of state in 2011. Moving only about 4 hours away I decided to keep my breast care doctors in PA. I felt like I had good care and since I travel home to see family and friends, I figured it was easier to keep doctors that knew me rather than try to find new ones and get them up to speed. Some time in 2012 my surgeon presented the idea of genetic testing. Not sure if that was something I wanted to deal with, so I put it in the back of my mind. In the summer of 2013 I decided to go forward with genetic testing because I asked more questions on what benefit the testing would be to me. I have no children and I thought that would be the main reason I would want to know. I later realized that if I took this measure I could learn management options to lower my risk of a cancer diagnosis. I would also have to be ready to deal with the results. It turned out that I did indeed carry a mutation of the BRCA1 gene and was 63% likely to have cancer return by age 70.

Fall of 2013 I moved forward with an oophorectomy (removal of ovaries). I had this procedure close to my new home. But I was also about to undergo a bilateral mastectomy with immediate reconstruction. Because I was not fighting cancer but having the mastectomy done prophylactically, I was able to have nipple sparing reconstruction. For that I decided to travel back to PA. This proved to be the most challenging part of my journey thus far.

I recovered very well from the oophorectomy. In fact, I had it done only 3 weeks before my mastectomy. I had the mastectomy, and the skin expanders were immediately placed to stretch my skin and prepare for implants. I recovered in a hotel suite until my drains could be removed and I could be on my way to travel home. About a week into my recovery, I started running a high fever and didn't feel well. As it turned out, I got a staph infection on the left side expander and it had to be removed. I was so sick so fast. This landed me back in the hospital for surgery and recovery from the infection.

The infectious disease doctor advised that I have a picc line put in to administer 2 weeks of IV drugs three times a day. I was able to be discharged so these drugs would be administered at home. The right breast skin expander was still in and the left one was out. I had my mastectomy on December 4th and was finally being released from the hospital to travel home on December 23, 2013.

Upon our arrival home we were met by a nurse practitioner who showed us how the antibiotics should be given through my picc line. I was recovering through the winter of 2014 and had more than enough surgeries and doctors' appointments than I care to remember. The thought of having my left skin expander replaced was the last thing I wanted to do. I am very active, I teach yoga, I live at the beach and spend a lot of time outdoors and in the water. I did not want to ruin another summer by not being able to be on my paddleboard, swimming, boating and enjoying beach life.

December 2015, my left expander was replaced and I spent the winter of 2015 getting my expanders filled to stretch my skin for the implants. My goal was to have them put in before summer 2015 so another summer wouldn't feel ruined. But in March of 2015 my right expander collapsed. My patience was wearing thin with it all. Remember, I was not fighting cancer anymore. These were preventative procedures that I chose to do to reduce my future risk of cancer returning. I had another surgery to remove and replace the right expander and I ran back and forth to PA all summer to have my expanders filled. Finally, September 2015, almost 2 years after my mastectomy and 10 years after my cancer treatment, I went into surgery to take the expanders out and put the implants in.

I'm still here, my lungs fill with air, and best news of all… I don't have cancer. Now bring on summer 2018!